Reader Ride! Beautiful Montessa Scorpion brought back from the brink! With video!


Hello,
Great site/blog!  Have a couple of bikes you might like.
I found this Montesa on Craigslist in the Summer of 2006 – it’s a Scorpion 250, probably sold in 1968 or 1969.  Looked pretty rough in the pic the seller sent to me – see below – so my original thought was that I'd part it out on eBay.  I knew the front wheel alone was worth a few hundred bucks (more than I paid for the bike).  It's a sought-after twin-leading shoe drum with air scoop that was also used on the Montesa Impala (street bike) and LaCross (real motocrosser).  But once I saw that the bike was nearly complete, I figured I'd see what it took to get running.  So  cleaned it up, painted the frame, straightened the front fender (yes, that’s it on the seat in the “before” pic), fabbed a seat strap, added a new chain, OEM rear brake pedal and shift lever, kickstart spring, rear brake light switch, taillight bracket, handlebars, points, condensor and plug.  That's about it.  The rest was original -- paint on tank, fender and headlight, grips, levers for the clutch, front brake and choke, even the footpeg rubbers, tires and that funky red leather thumb guard on the throttle.


Thanks VERY much for the pics Steve!  Rally great bike! 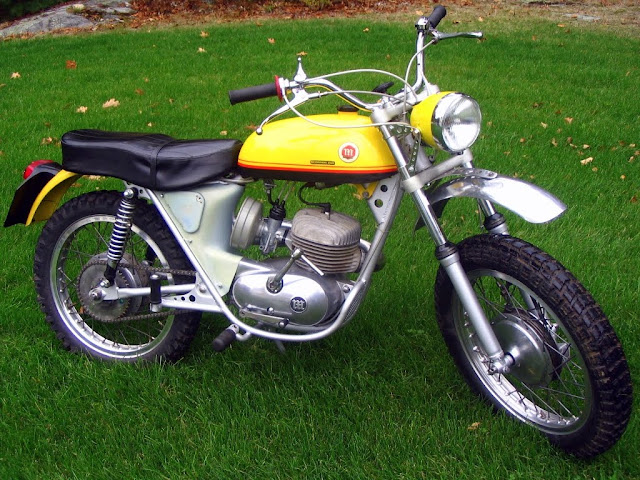 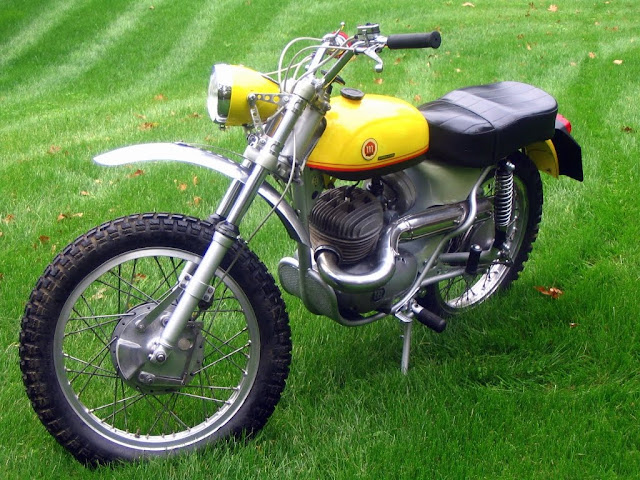 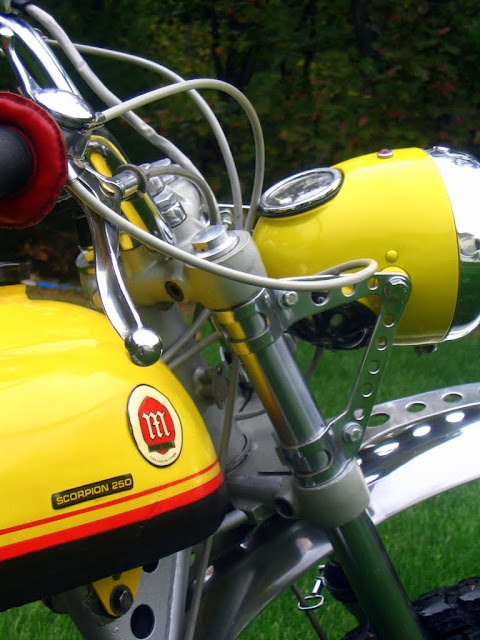 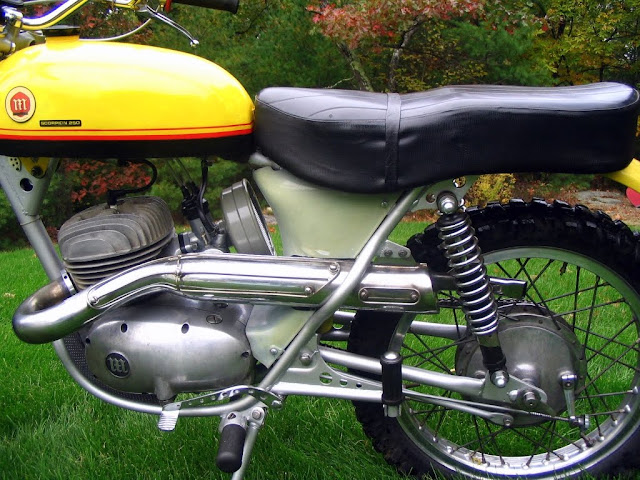 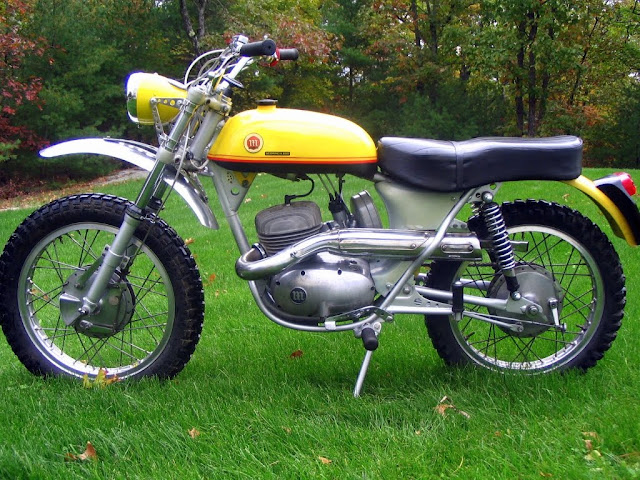 Here's how she started out! 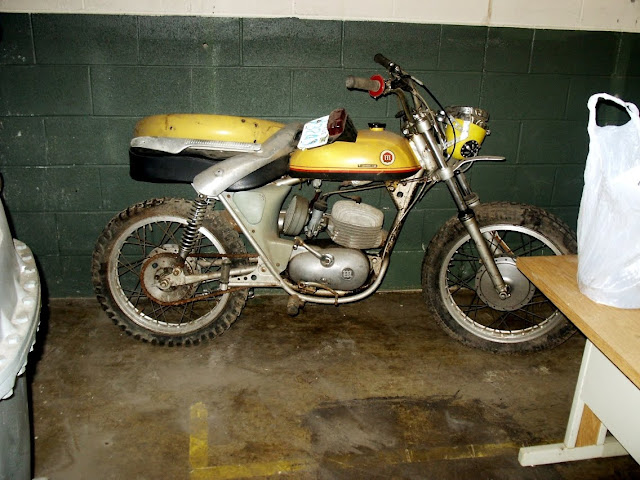 And here's a video of her.  Really Nice Work!

Posted by FloridaSteve at 12:10 PM

Please check out my other blog!